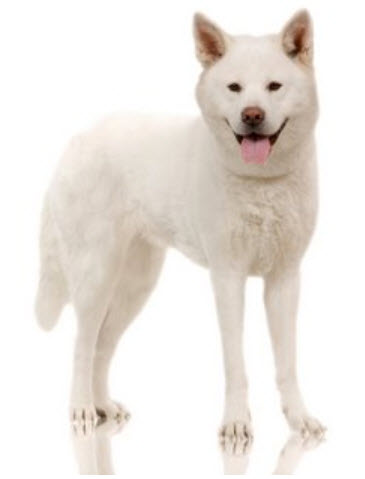 The Akita dog breed, also known as the Akita Inu, or Japanese Akita, is the result of an effort by the Japanese to model a canine after one of the ancient native breeds that were lost to history. They utilized Odate dogs and several crosses of fighting breeds and hybrids to create the modern Akitas we recognize today. Their original function was to hunt large game in the snow, but would become known for their protection abilities.

Japanese breeders have sought to refine their animals by breeding them to a smaller size while having a prejudice towards the pinto pattern and black mask that is characteristic of the fighting dogs they were originally derived from.

American breeders have opted to go in what one might consider the opposite direction by favoring those genetic traits. The Akita would first come to the United States with Helen Keller in 1937, and the closing of World War II would increase their popularity as troops brought them home after being stationed in Japan.

The Akita was officially recognized by the AKC in 1972, and has since continued its role as a guard dog into modern times.

The Akita is extremely loyal and protective of its family members. They can get along with other dogs, but are predisposed to aggression and may need training. They have the uncanny ability to splash water all over the place when they drink, so make sure to strategically place the water bowl.

The most famous Akita named Hachiko is a prime example of the extreme devotion the breed has for its family. Hachiko met his owner at the train station every day to accompany him home from work, and when his master died at work he waited for his master without missing a day for nine years until he died on March 8, 1935. Certainly a sad but touching story.

The Akita can live outside in cool to moderate climates, but would do best if allowed to spend time or at least sleep indoors. Proper training and daily exercise in the form of a jog on a leash or in a safe and secure area should make for a docile indoor pet. The Akita will normally need to be brushed once a week; however, they may require combing three times a week when shedding.

Akitas that are well cared for may live 10-12 years.