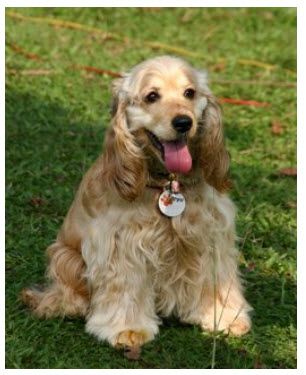 It is not really known how the American Cocker Spaniel dog breed came into existence, other than it had originated in the United States in the late 1800s. It is speculated that English Cocker Spaniels were bred with smaller toy spaniels to produce a dog better equipped to hunt quail, but no one knows for certain.

Both the American and English Cocker Spaniels were classified as subdivisions of the same breed until 1935 when the AKC made the distinction that they were indeed separate breeds. The Cocker Spaniel has been a popular household companion ever since.

You would be hard pressed to find a family dog that is as lovable and charismatic. This curious canine will steal your heart.

Some owners complain about excessive barking, while others argue that they are shy or meek. All dogs behave differently, and in my experience most Cocker Spaniels kept indoors are model citizens. At least until that door bell rings anyways.

The only real downside to this breed seems to be its grooming requirements. Their coat will need to be brushed three times a week at home, and professionally groomed on a monthly basis. There can be ear and eye problems that may become chronic if grooming is neglected. 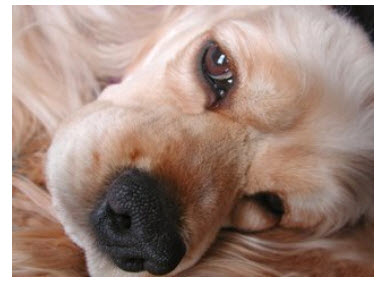 The good news is that this breed has acclimated very well to life indoors, and makes a great pet if you live in an apartment or have a small backyard. It is actually recommended to keep this dog indoors because of its inherent desire to be around people at all times.

You can count on a healthy cocker to accompany you for up to 15 years.