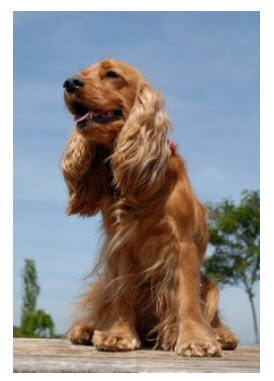 The English Cocker Spaniel dog breed, also known simply as the Cocker Spaniel, originated in the early 1800s in England and was bred to flush out game birds and retrieve them. Both the American and English Cockers are very closely related, and some might argue they are essentially the same dogs.

Unlike their American cousins, the English Cocker Spaniel still retains its usefulness as a hunting dog. They are devoted companions, and being such are very social dogs that crave human interaction.

Because of the retention of their instinctual hunting abilities, they need more exercise than an American Cocker. Their exercise needs are easily satisfied by a daily walk or game played out in the back yard. This breed does well living indoors because of its affinity for social interaction. 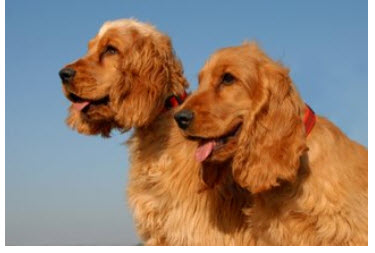 The coat needs to be brushed three times a week, and be professionally groomed every two months.

The health concerns that are most pressing are progressive retina atrophy and patellar luxation. Less common issues seen in this breed include canine hip dysplasia, familial nephropathy, cataracts, and hypothyroidism.

A healthy Cocker should live upwards of 14 years.